One of our year 11 students, Jack Edwards-Barrott was lucky enough to represent Bishop Rawstorne at the event!

Let’s hear Jack tell us how it went!

“I arrived at the event at half eleven, swiftly my mum and I were taken to security where she was searched. We were then led to an outside area, amongst all the other students and their accompanying parent, where we were told what we would have to do at the tree planting ceremony. I was asked to help Roberto Fico (the President of the Italian Chamber of Deputies) so I was given an Italian flag, then introduced to a representative from the UK who handles relations with other countries. He led me over to the ceremony, along with the other students, where I stood next to the tree President Roberto was meant to plant. It was an Italian tree to represent Italy’s commitment to looking after the environment. Shortly after, the speakers arrived who included: Sir Lindsay Hoyle, speaker of the House of Commons; Nancy Pelosi, the speaker for the US; Richard Ferrand, the speaker for France; David Sassoli, the president of the EU parliament as well as representatives from Germany, Canada and Japan. Roberto and I greeted each other with a handshake, before listening to the Chaplin’s short sermon about hope for the future. After, the President and I covered the roots of the tree with dirt before having our photos taken. The whole group, students and speakers, were then led to the front of the hall where press was positioned to take a photo of us all. Excitingly, the organisers had arranged the Red Arrows to make a flyby so all attending got the pleasure of witnessing them flying overhead. Finally, we were led back to our cars by security before leaving.” 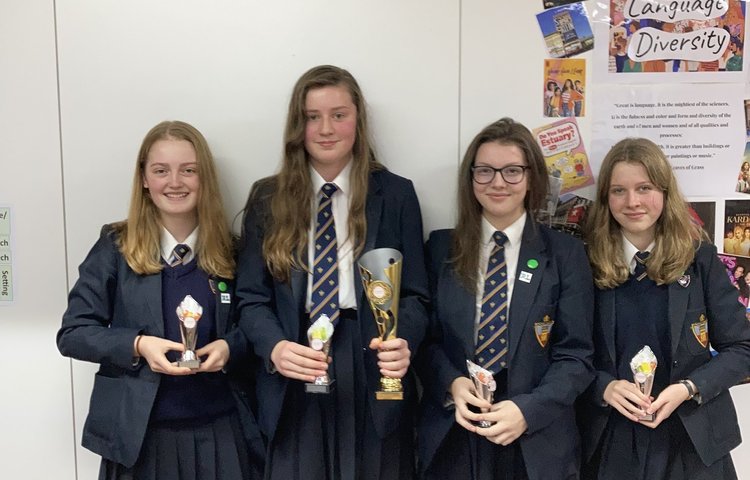